The day started at the MiVAC Farm at Ban Xai where Yang gave a briefing of what had been achieved outside the farm. This was followed by John Salter showing the workings of the IDEXX Water Testing Equipment. John showed a dramatic result of water testing which went into the Ceramic Water Filter (CWF) – full of red – and the water testing of the water that came through the CWF – full of light yellow – that is no e-coli and no coliform. In other words pure water.

The next step was for Moua to show the guests around the farm. After that a completed toilet in Pong Hor was shown and then we adjourned to Phoukood District Presentation room where John eloquently delivered a summary of the submitted report. This was followed by all the representatives having a say about working with MiVAC.

We all adjourned at lunch time to the local Phoukod Restaurant where we partook in Lao delicacies. 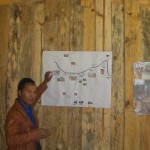 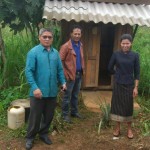 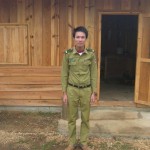 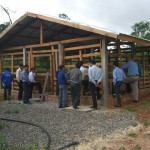 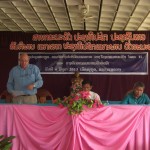