It has been a very interesting experience; sometimes frustrating beyond belief and at some points along the way, I was beginning to doubt the Vietnam project would ever get started. There were some bumps along the way, not the least of which was Typhoon Ketsana in September 2009. Flooding from that typhoon caused so much damage to the road and crossing site at Kon Katu that the intended MiVAC task there became well beyond the budget.

During our September 2009 visit, the Peoples Committee asked if MiVAC could carry out road repairs at a different site. They were taking on Kon Katu. We relocated to what is now known as Jackfruit Crossing and the project is now complete. The box culverts and road repairs have provided an enormous benefit to village people on both sides of the crossing. Folks can now make the journey during the wet season into Kon Tum without risk of life. Previously some would try to swim across flooded waterways and some would drown. The MiVAC project has removed such risk. 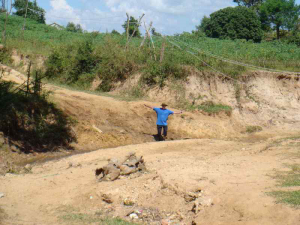 BEFORE Derek at Jackfruit Crossing 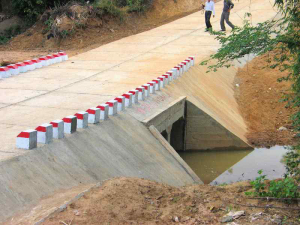 AFTER The completed bridge and culvert

This project received fantastic support from many individuals and organizations. There are too many to name however I must thank in particular our Consulate in Vietnam (DFAT), the National RSL, Matthew Duly and the great people at BBBH Vietnam, GHD Vietnam, SMEC and the many ESO’s for their generosity. My sincere thanks to Mr. Nam and the staff at the NGO who we partnered with, East Meets West Foundation. Without EMWF the project could not have happened.

I must also thank my partner in the project, Mr. Dave Penson, CSM, his partner Gwyn Williams, my wife Rhonda and my two sons Michael and Stephen, all of whom spent time in Kon Tum making things happen.

Finally, I would like to thank the MiVAC TRUST members and donors for their generous support.

THANK YOU
To Derek Smith, Dave Penson, Walter Kopek, Thai Engineers, EMWF and all who were involved with the Kon Katu Project a well deserved “Thank You” for all your hard work and perseverance on this difficult project which has finally given safe passage to the villagers, and the children at the orphanage (Rob Woolley – Project Officer)