The village was extremely grateful that someone had finally come to remove the UXO after years of the village reporting to the authorities and other clearance working in the area.

The villagers were highly appreciative of the MIVAC/PCL effort that has considerably reduced the potential for UXO accident in the village by removing some of the surface UXO. They say that they now have a better understanding of the threat that the UXO poses and the action required personally to reduce the threat. They also have an understanding of what would be required to completely remove the UXO threat from their land and as such have requested that MIVAC/PCL return and assist them by removing sub-surface UXO from the rice fields and surrounds. 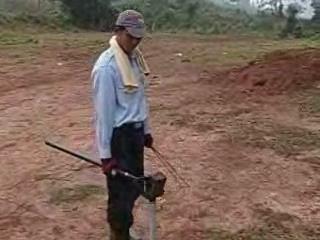