He went straight to Hinmou Peung to scope the land and have a chat with the Naiban, returning to Phonsavan late evening for a few beers and meal at Bamboozle.

Wednesday saw him return to Hinmou Peung ,to trek into the jungle and look at a number of water sources and check levels. A slip nearly ended in disaster but luckily a couple of grazes , a bump on the head, and back strain were  the nett result. Another late return to the Nice Guest house  and a quiet night to rest the weary bones and dress the wounds saw him fit and well on Thursday morning.

Discussions and Google Earth allowed him put together a water plan for Hinmou Peung which I am sure will see the village enjoying an abundant and relatively clean water supply. Howard then left Phonsavan for Ban Xai where he inspected the new RAWCS pipe line and was present when the final adjustments to the system were made. He was disappointed that we could not quite get water to the school and suggested further modifications and the insertion of a stop cock  into the system, but alas this also did not work. Both he and the old Naiban suggested that we let the system settle and get rid of the air and wait for 24 hours before trying Plan B.

On Friday morning we were all thrilled to hear that over night, the water system had done its thing and water was once again flowing into the school supply.

After a visit to see the Jars on the plain, Howard bid us farewell and left for Vientiane and Australia on Friday afternoon. 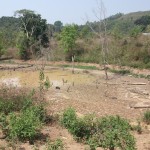 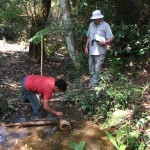 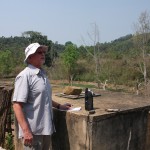 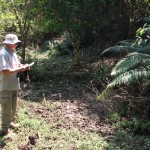 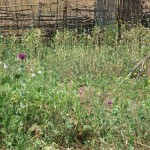 Work to Erase War’s Traces – from “The Senior”

My Dream For the Primary Children of Phoukood District, Lao PDR