In October 2012, Project RENEW and MiVAC signed an MoU agreeing that MiVAC would contribute $30,000 as matching funds to complete construction of a new building to house and operate new mushroom production equipment being donated by the Japanese Embassy in Vietnam.  The MiVAC funding would be matched by counterpart funding from the Humpty Dumpty Institute (HDI), Project RENEW’s implementing partner in the Mushrooms with a Mission (MwM) program based in Quang Tri Province.  In November 2012, Project RENEW received the funding transfer from MiVAC which permitted construction to begin.  In accordance with current law and construction regulations of the Government of Vietnam, Project RENEW provided specs and sought bids from qualified companies, and selected the best qualified firm for the job, a company called HABICO based in Quang Tri Province.  Construction started on 24 December 2012 at the Mushroom Center, a 4-hectare site in Cam Hieu Commune, Cam Lo District, Quang Tri Province.  Construction of the new building was completed on 24 April 2013.  In May 2013, the equipment donated by the Japanese Embassy was fully installed and put into operation inside the production facility.  On June 4, 2013, the official hand-over ceremony of the new equipment, provided by the Japanese Embassy, took place at the facility.  The new processing facility, funded by MiVAC and HDI, and use of the new equipment is already enabling Project RENEW to expand production of “blocks” – bags of sawdust injected with spawn, from which the mushrooms are grown – from 500 blocks a day to 10,000 blocks per day.   That is a huge increase, which will allow us to significantly expand the number of families disabled by bomb and mine accidents in Quang Tri Province who can now generate independent incomes and sustainable livelihoods by growing mushrooms. 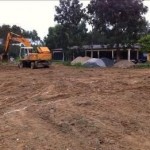 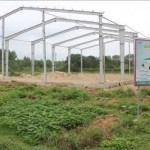 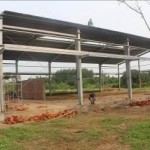 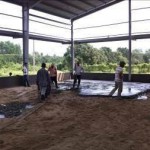 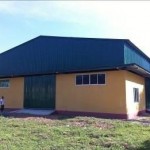 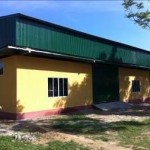 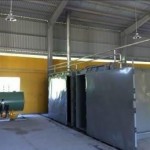 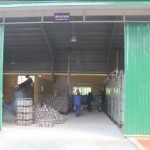 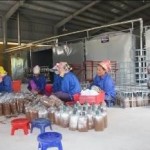 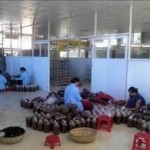 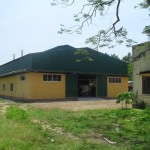 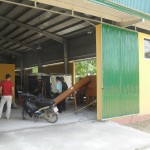 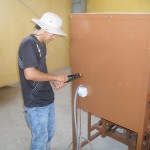 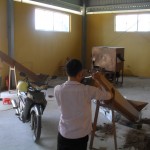 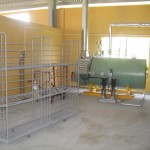 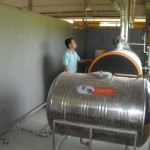 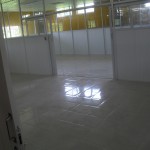