CONSTRUCTION OF THE EQUIPMENT WAREHOUSE AND PROCESSING FACILITY

With funding support from Humpty Dumpty Institute (HDI) and MiVAC Trust (Mines Victims & Clearance Trust), a new warehouse and processing facility for the Japanese equipment that has been ordered is now being constructed at the Mushroom Center in Cam Lo District, Quang Tri Province.

About three months will be required to complete the construction.  Once finished, the facility will house the equipment funded by the Japanese government which will be used to produce large, production-level quantities of mushroom blocks in conditions of highest standards, matching Viet-GAP and Global Gap certification requirements and meeting the increasing needs of the MwM farmer families for enough blocks to fulfill their expanding production goals.

Site clearance and ground preparation underway to start laying the foundation for the new warehouse and production facility being built at the Mushroom Centre, with funding from MiVAC and HDI. Equipment funded by the japanese Embassy will be installed and operated in this new facility, which is expected to be finished by the end of March. 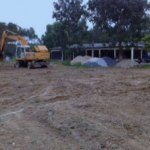 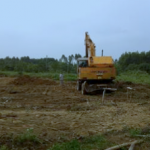 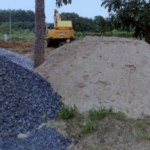 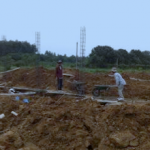 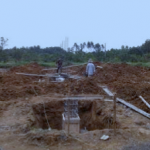 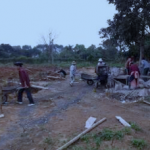 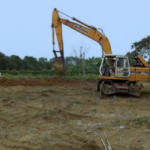