The following appeal was sent out far and wide in the middle of July.

“MiVAC needs Volunteer Project Managers for 2 months at a time in Laos. Steve Carroll and his wife Dorene have finished their stint and have got MiVACs Humanitarian Project off to a great start.

Right now it is the wet season and we are looking for their replacements from August 2011 onwards. We offer free accommodation and an interesting challenging experience.

We were asking for volunteers who had experience, who pay their own way and who pay their expenses to spend 2 months of their life in a remote part of Laos. Basically they are to work with the village of Ban Xai and develop the area you can see in the picture.

The result exceeded our expectations

John Pritchard, who is MiVAC’s Project Volunteer Coordinator has been really kept busy processing the applications and has been doing a great job answering all the questions. The Trustees have now appointed the first of the Supervisors – Michael Webler.

Here is a little about Michael

Michael is a Class of 80 graduate of RMC into the corps of engineers, reaching the rank of Lieutenant Colonel when he left the Army in June 1997.  During his military service Michael undertook a wide range of regimental and staff appointments as well as an operational deployment leading a demining team in Cambodia for 6 months in 1995.  Since leaving the Army, Michael has worked most recently with the Thiess Group for nearly 14 years in a range of roles including project development, tender management and operations management in a wide range of engineering sectors.  Michael is married, has four children and two grandchildren.

It is planned that Hugh Hamlyn-Harris (from Lindfield Rotary) will be taking over from Michael at the very awkward time of 13 Nov to 13 Jan. Thankyou Hugh – MiVAC really appreciates your involvement.

Here is a little about Hugh

Hugh has a civil engineering background and has spent the latter part of his career in project management roles on communications, infrastructure and resource development projects.

He was born in Vanuatu where he spent his early childhood before attending boarding school in Sydney.  Hugh’s  professional career includes a number of years working on projects in England, Zambia, the UAE and New Zealand. More recently, he has taken project engineering and management roles with Telstra in their mobile communications division and UGL Infrastructure division.

Hugh is married, lives in Sydney and has three adult sons. 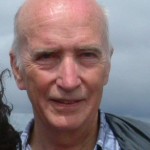 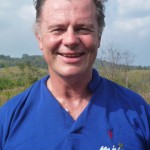 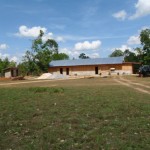