The morning is warm and clear in Houay Khong Village Southern Laos. The first morning of the training sponsored by MIVAC of female Unexploded Ordnance (UXO) Technicians. The young ladies all at least 18 years old all from the village are sitting in their new training T shirts and hats waiting apprehensively for the training to commence.

These young ladies are both brave and fortunate, brave not solely for the fact that they are going to be locating cluster munitions and other UXO as the training provided by Phoenix Clearance Limited (PCL) will keep them safe. They are fortunate because the opportunity for young woman to gain paid employment is non-existent in the village. The future post training is that all who graduate as Level One UXO Technicians will be employed by PCL receiving the same rate of pay as their male counterparts.

Once all the initial nervousness was overcome and the trainees started to get used to the technical terms training progressed steadily through UXO identification and hazards, Mine detector operation care and maintenance, clearance site set-up and operations, demolitions and first aid.

Every lesson presented is formally tested and revised and tested again and again so procedures and actions become second nature.

Finally graduation day was reached, all the young ladies have been informed that they have successfully completed the training and will be leaving tomorrow to join the 40 other PCL technicians two hours away clearing 350 hectares of land for a Chinese – Australian mining development, but first thing first, a graduation party and Certificate presentation. 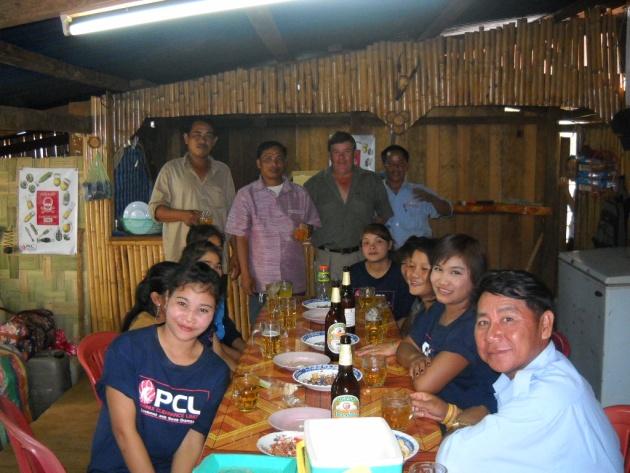 The young ladies soon got into the swing of the task searching approximately 1000m² each a day. Their Team leader Mr. Vilaysack bottom right Fig 5, said he was impressed with the new female technicians work ethic saying they don’t seem to want to stand around smoking and talking all day like their male counterparts would if given the chance.  However he did note he had to be more vigilant in camp now that he has lots of young ladies and young men under his charge. 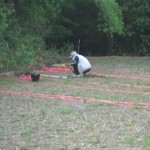 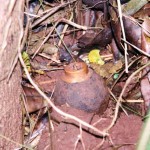 The 350 hectare task was completed without incident the teams found and destroyed more than 2500 cluster munitions and other unexploded ordnance.

A comment made by one of the ladies at the end of the first job was the job is physically hard but very rewarding and with a grin when does our next job start?

This continuing success story is due to the efficient cost effective relationship between MIVAC and Phoenix Clearance Limited. MIVAC talked PCL into hiring female technicians, MIVAC funded the training and PCL continues to employ them when the jobs present themselves. 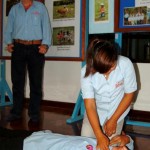 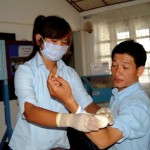 PCL has recognised that these female staff members for the most part assimilate training well and as such have initiated multi-training as Field Medic assistants for two of the woman they received instruction in casualty assessment, CPR, the use and application of IV fluids, casualty evacuation and general field health and hygiene. Both commented that the general health and hygiene lessons learnt will be valuable to them personally and to their families. Both woman qualified and now receive addition salary in recognition of additional skill.

THE FUTURECommencing this week 13 October 2010 all the female UXO technicians join other PCL UXO technicians on a new task 40 km of new road UXO clearance in the neighbouring Province of Attapeu. For most of the woman this is the first time outside their Province in their lives another new adventure! During this task the female technicians will have their UXO clearance skills advanced another level receiving instruction in the use of a deep search detector as part of a 3 person Deep search team.

Authors Note: Thank you to all who contributed to this fine endeavour of implanting skills into poor people and in doing so contributing to securing their futures.