You are here: Home › About MiVAC › Volunteer Positions

Kate Mulvany is a BA graduate from Curtin University, Western Australia, where she studied writing under Elizabeth Jolley.

Kate has written over 20 plays, including her award-winning autobiographical piece ‘The Seed’, which dealt with her life as an Agent Orange survivor and her father’s involvement in Vietnam. ‘The Seed’ has toured Australia to critical acclaim and is currently in development to become a novel and a film. Kate’s other plays include ‘The Danger Age’, ‘The Wreath’, ‘The Web’, ‘Embalmer! The Musical’ (co-written with Pip Branson), ‘Somewhere’ (a musical co-written with Tim Minchin). She has also adapted ‘Julius Caesar’ and ‘Macbeth’ for Bell Shakespeare and her new adaptation of ‘Medea’ is about to premiere at Belvoir.

On television, Kate has appeared in ‘All Saints’, ‘Blue Heelers’, ‘The Chaser’s War on Everything’, ‘Chandon Productions’’, ‘The Hamster Wheel’, ‘My Place’, ‘The Underbelly Files: The Man Who Got Away’, ‘Australian Story’ and ‘First Tuesday Book Club’. Kate also appears in the feature films ‘The Final Winter’ and ‘Griff the Invisible’ and has recently completed shooting Baz Luhrmann’s new version of ‘The Great Gatsby’, playing Mrs McKee. 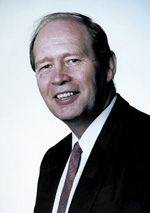 Sandy is an Author and Trainer. He commanded the Original Tunnel Rats in Vietnam serving 11 years in the regular army and retiring as a Colonel after a further 19 years.

Sandy MacGregor founded calm.com.au in 1989 after he learnt a mind technique from his son who had already used it to help his own Asthma and to save his own leg from amputation. Sandy applied it to weight release and to controlling blood pressure and then found inner strength after the tragic murder of his three daughters in 1987 using these same techniques which he has taught to many.

Sandy has been the Patron of the MiVAC Trust since inauguration in 2002 to November 2013 when he resigned.

Trevor lives in Canberra and is a retired senior executive who worked in the Federal and ACT public services.

His work experience was in the areas of corporate, project and financial management and policy advising.

Victor served in the Australian Army and is a Vietnam Veteran 1967. He is a semi-retired businessman who loves playing golf.

Worked for 25 years in Finance and Banking –  London and New York: