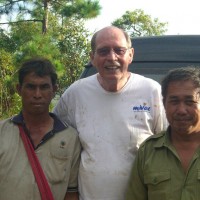 There is no reticulated water for West Ban Xai so a source about 4 km away was chosen to be the potential supply point. On two former occasions that Sandy and Yang had been to the source, they were assured that there was a pathway along the edge of the waterway all the way to Ban-Xai town. We needed to find the approximate length of the pipeline. To do this walking the route of the pipeline is one way however it is potentially dangerous because of the possibility of mines washed down from a defensive position to the West. We could however, walk on the pathway which the villagers used. Furthermore, the villagers (we were told) often walked this route and to support this there was evidence of logging in the area.

On Wed 7 Nov the Naiban #3 and the old Naiban together with Yang, Michael and Sandy, attempted to find the distance for the pipeline from the source at the Western end. What we thought was a good idea was to use two GPS so that we could confirm not only the distance and the route, but the elevation differences.

Starting from the end point, that is the point that the water will end up in a tank, we (the Naibans, Yang, Michael and Sandy) began to walk as close as possible to the route of the waterline. The waterline runs along another creek bed downstream going east. It was impossible for any measurements to be taken unless one actually walked the waterline itself going east. At some point the waterline would be joined from one that went north to the source (it was at this intersection point that the party had to start walking along the waterline because there was no other way to go). At this point we were taking too many risks.

On the travel northward we kept asking “Where is the pathway that the villagers walk along?” and we received the answer “A bit more. A bit more. A bit more”. This was very frustrating because “a bit more” never happened. In fact, the pathway that the villagers walked was along the waterline. This pathway was a nightmare because it was not a pathway. Sometimes we were walking along 70 degree slopes in thick bush and sometimes we were walking in the water along the creek. So far there was no pathway except the one that the Naibans cut along the way. Then the creek opened out and became a rice paddy. The rice paddy was a new one and the rice had been harvested.

There was relief along the way – “Bush Tucker”, sweet little berries and some nuts, and – wait for it – a green snake in the tree, which is deadly, and it was killed.

This was bad enough, but at the end of this particular rice paddy, there was an abandoned rice paddy which went for about 150 metres. This abandoned rice paddy was very challenging. When we walked along the bunds, they were less than 30 centimetres wide, we would slip off them and then go up to our thigh in water and mud. It was impossible to wear anything on your feet but boots. Sandy had a pair of sandals on because he expected to be walking along the ‘pathway’ which the villagers walked. Remember Sandy is close to 100kgs and the villagers are only 50kgs. Many times he slipped, fell over, lost his shoes and walked for at least 150 metres in bare feet.

It was a relief to get to the end of the abandoned rice field. “Where’s the pathway?” was the cry…”A little bit more. A little bit more” was the answer. We mainly walked up the creek bed through the water itself, because that was the easiest way to go. More risks? Eventually, we came to the pathway, about 500 metres short of the source point.

We had taken 5 hours to go 5.5 km. What a Trek and it could be that we are not going to use this source after all. It doesn’t have the elevation required for the water tank at the Western end of ban Xai. Now alternatives are being considered. 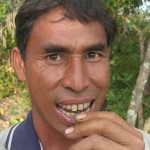 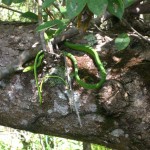 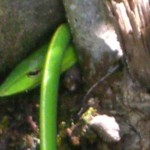 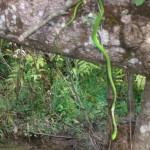 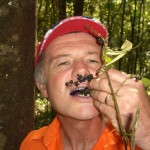 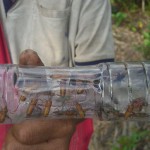 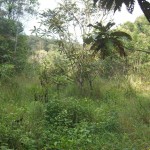 The First of Seven Lao Hmong in Australia, 1974
School Desks and Chairs from Michael at HMP