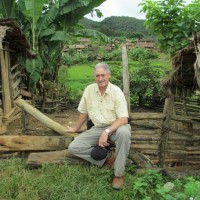 John Tick is MiVAC’s representative in Western Australia. However he is much more, a Vietnam Veteran, a Tunnel Rat, a Civil Engineer and has a life-long friend in John Salter. John Salter is a Vietnam Veteran having won the Military Cross at the battle Coral/Balmoral, he has considerable expertise in Asian Culture and Humanitarian Projects and he lives in Thailand.

JT (John Tick) suggested that he and John Salter visit the Project at Ban Xai, The MiVAC Trustees embraced the idea. The two Johns were there for a week reviewing MiVACs Ban Xai project with a view to reporting on MiVACs’s presence in Laos.

Specifically:
1. How is the Ban Xai Project going – are there additions that can be made, how is the budget, what is the future.
2. Writing Business and Strategic Plans covering everything from what is to be achieved in villages and when MiVAC has completed a task in a village to potential ongoing commitment in Laos (this being part of MiVACs initial Memorandum Of Understanding with the Ministry of Foreign Affairs in Lao PDR).
3. The funding and management of any continual involvement.
4. The Role of other NGO’s including Rotary.
5. Any other thing of relevance to MiVACs Project in Lao PDR.

We know that the two Johns enjoyed their week in Ban Xai and there is no doubt that all involved with the Ban Xai project are looking forward to their input. The pictures in this article are taken by John and John – John tick is the taller of the two. 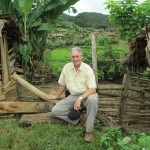 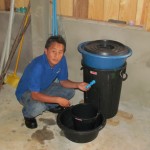